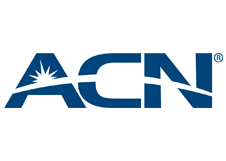 Founded in 1993, ACN is the world's largest direct seller of telecommunications and essential services. ACN has a global footprint with offices throughout North America, Europe, and the Asia Pacific.

Founded in 1993, ACN is the world's largest direct seller of telecommunications and essential services. ACN has a global footprint with offices throughout North America, Europe, and the Asia Pacific.

In a bid to align IT to their new strategic business model, ACN wanted to consolidate their IT systems and applications, modernise their infrastructure, and boost business agility, all while minimising long-term IT costs.

"With Idea 11, we seemed to only deal with knowledgeable, professional, courteous people, who were easy to talk to and engage with. This included the people in sales, commercial, architects, the TechOps team, and the project manager we dealt with. All were a real pleasure to deal with, which has ultimately been a catalyst for a more strategic partnership."

Idea 11 first conducted an extensive environment assessment that helped us understand their existing systems and infrastructure, identify strengths, and pain points, and build an action plan to close identified gaps.

With this background, we designed a cloud architecture that would overhaul ACN's traditional infrastructure into a cloud-first environment. As part of the design, we started by setting up a secure and scalable AWS Landing Zone. We then built a firewall in AWS, replacing their current hardware firewall to enable ACN to deploy an overarching security architecture and a more seamless experience across their AWS environment. We then migrated most of ACN's existing servers from their legacy datacentre into the new AWS environment.

As a next step, we migrated ACNs web services to new instances running Amazon Linux and moved the databases to RDS, adding CloudFront and Web Application Firewall in front of it to provide a secure and scalable solution. This approach will yield ACN a tremendous long-term return on investment and act as the foundation for additional flexibility and future innovations. We also deployed AWS Systems Manager for automated patch management of Windows and Linux servers, and Trend Cloud One Workload Security to ensure techniques like machine learning and virtual patching could protect ACN's new and existing workloads against unknown threats.

With the initial migration complete, we then worked with ACN to build serverless solutions to replace existing server based workloads, ensuring that ACN could achieve scalability, faster time-to-market, and significantly reduce its operational costs.
ACN's modernisation-led migration approach not only enabled them to eliminate operational overhead but also helped boost business agility, thus enhancing their ability to adapt to customer needs faster than ever and deliver new innovative opportunities. "Idea 11 implemented the design within about eight weeks, which went incredibly smoothly. This was an amazing transformation for ACN", says Neil Groll, IT Director, ACN Pacific.

Idea 11 is an award-winning, full-stack AWS IT company that specialises in digital transformations, cloud infrastructure, software development and managed services.

We're recognised for our fresh approach to being a technology partner. We help our customers solve the challenges of today, envision their future and make it real. Our strong values, personal client relationships and long-term thinking makes us unique.